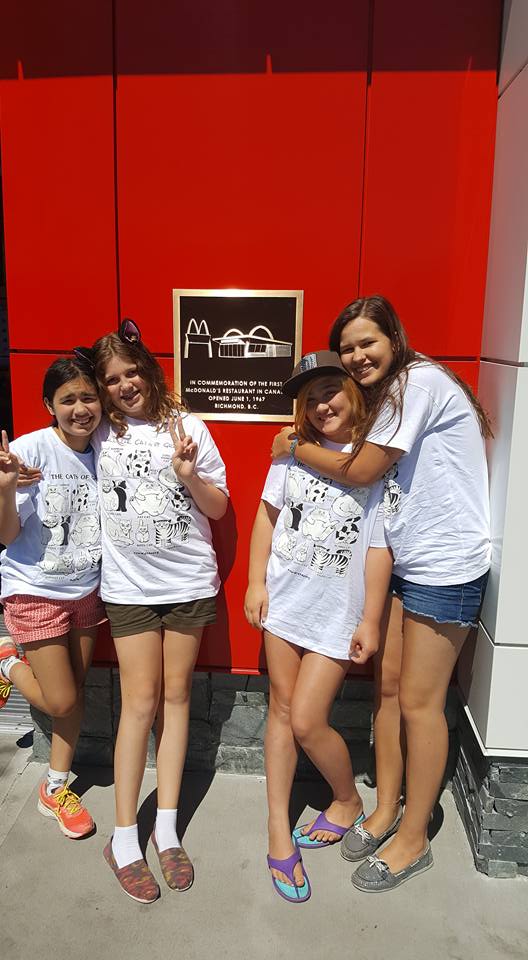 Today my friends, Sofiya, Kristy, Mary, and I went out and did a bunch of stuff.

First, we went to Mcdonalds to eat lunch, after we ate lunch we went to the virtual reality place. It was so much fun we, played cool games on the V.R.  I don’t know how to describe the experience other than amazing. One of the games I played was called the plank. You are put into an elevator that brings you up to a plank that is super high. They say you have to walk out onto it, if you walk off it, you will start falling, and you actually feel like you fell.  It was super cool and scary! Another game I played was called job simulator. It’s a game where you choose a job then you work in that job. My favourite thing about that game is that you can eat stuff in the game, and if you choose the office job you can make as much food as you want, it was super cool and silly.

Later, we went to a restaurant called x-site. My friends and I got our own table and we got to order what ever we wanted, when we got our appetizers, my friend Kristy by mistake spilt her drink and it got on her white shirt, Mary and I said that it must have been Sofiya’s fault because her hand was near the drink, I also said to blame gravity. our main meal came and I got chicken strips and my friends got hamburgers and Kristy got a steak.

When we got home me and the girls started talking. We had birthday cupcakes that my mom got me. The cupcakes had words on them that said happy 13th birthday Kailey. After the cupcakes, we talked some more then went to bed because it was a sleepover.

In the morning Mary dragged me out of the bed. I was really grumpy and kept on laying down refusing to stand up. We had breakfast and my neighbours came over, we then talked about what we were going to do that day. We decided on swimming, then we talked about if we should go to an out door or indoor pool, we decided on indoor pool. We went swimming, but Kristy didn’t want to swim. After swimming, we dropped everyone off at home. the two days were so much fun, here are some photos from the day. 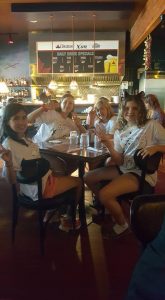 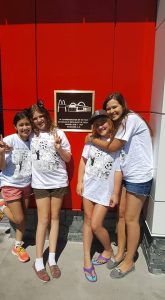